Over 10 years we help companies reach their financial and branding goals. Engitech is a values-driven technology agency dedicated.

Using the right film results in consistent, useable data and extends the life of your rubber process analyzer (RPA). 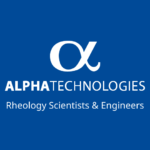 During testing at elevated processing or curing temperatures, compounds can release a variety of contaminants that can produce slippery surfaces, corrode dies and cause elastomer die seals to fail prematurely. These issues can cause data variation or artificial trends. It’s important to use barrier film to reduce these issues.

It’s kind of like a waffle iron: you have to have the right batter (compound) with the waffle iron (instrument) set at the right temperature (191ºC) , and a high-temperature oil. Otherwise, you can end up with batter stuck everywhere and nothing to show for it.

Okay… that’s a bit of stretch. But the point is that if you just put a rubber compound in the die cavity of a Mooney Viscometer, Moveable Die Rheometer, Rubber Process Analyzer or Encapsulated Sample Rheometer, you are in for a world of hurt and your data – like your waffle – will end up in the trash.

That’s why it’s important – we would say essential – to use a barrier film that surrounds your compound during your test. And we’re not just talking about putting SaranWrap® around your sample. This kind of high-temperature, high-stress application requires a barrier film that is specifically engineered for the job. But beware… Not all film is created equal!

Finding the Right Barrier Film for Your Testing.

There are two main barrier film properties that affect the test stability – material and thickness.

The material directly affects the maximum test temperature. For example, when you test at a high temperature (200°C to 350°C), you should use polyimide films because nylon and polyester films will melt or decompose.

Film thickness is generally selected according to maximum strain. However, many discount films are notoriously lax in their adherence to thickness standards. It’s as if they think… “ a mil here, a mil there… what’s the diff?” Or, price-minded purchasing managers (you know who you are) buy films from multiple sources to save a few bucks. It’s a fact that films with non-standard thickness, or films from different sources can cause changes in the die gap, a very important parameter that will directly affect the test data. Bad Film = Bad Data.

Our evaluation was done by running a classic three-stage test on a Premier RPA. The test began with a strain sweep up to 400%. Then a cure test was performed for 12 min. After that the specimen was cooled down to 60 °C by a Delay subtest in 6 minutes. Finally, two duplicate Strain subtests were carried out on the vulcanized rubber compounds. Standard EPDM compounds were selected for this experiment.

Table 1 shows the 5 different films which are selected, F0201-S, F5058 and F0224 which are Alpha Technologies’ films, and Film 1 and Film 2, which come from other suppliers for comparison. All films were tested five times on Premier RPA-X with S2K Auto Die, feeding samples manually. The repeatability and tearing resistance of different films were then compared. 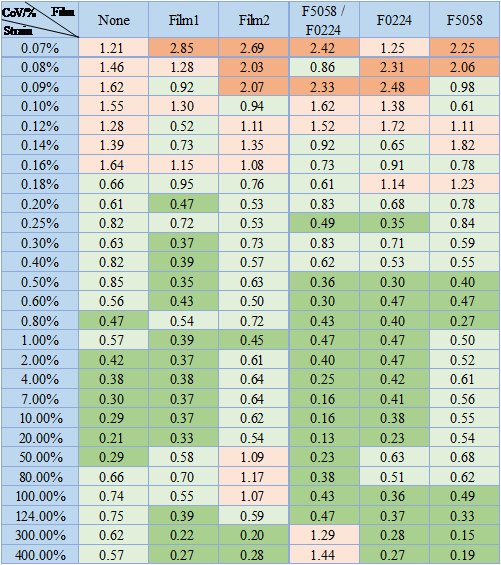 Table 4 represents the tearing resistance performance (lower film) of the five different barrier films at different strains. The result shows F0201-S performs best in tearing resistance, as it is specially used when testing strains are over 100%. However, partial tear still occurs at 100%, with the strains increasing up to 200%, and then complete tear happened. F5058 performs better than F0224, no tear was observed at 60% strains. The performance of other films is similar, partial tear happened at 60% and complete tear happened at 100%. Compared with the lower film, the upper film has no obvious tear even under large stain because there is no relative movement between the upper film and the upper die. Figure 1 shows different failure types of films discussed above.

That’s why you need to select the right film for your test. As validated in our comparative experiment, utilizing our Premier RPA, our F5058 (Polyester) is more suitable for testing post-cure or in-cure property, and F0224 (Nylon) is more suitable for testing before cure property. Using unqualified films will cause more data variations or wrong results, and even cause premature wear of parts.

What’s In It for Me – Longer Instrument Life. Better Data.

The use of a barrier film greatly facilitates the removal of samples at the end of the test and eliminates the need to clean up the residual goop in the die grooves after every test. So, you save time. What’s more, the film protects the instrument’s dies and seals and significantly reduce the cost of instrument maintenance and operation – so you save money, too.

But most important of all (because, after all, the point of doing the test is getting good data) is that the right barrier film will reduce variability in your test results and ensure the stability of test data. On the other hand, discount and poor-quality film will result in the film tearing, melting and slippage, which causes bad data.

Alpha Technologies has over 25 different films specifically engineered for different testing conditions. They are also designed for the robust testing environments of our own instruments. Of course, they are more than capable when used in other brands of rheology testing instruments.

This website uses cookies to improve your experience while you navigate through the website. Out of these, the cookies that are categorized as necessary are stored on your browser as they are essential for the working of basic functionalities of the website. We also use third-party cookies that help us analyze and understand how you use this website. These cookies will be stored in your browser only with your consent. You also have the option to opt-out of these cookies. But opting out of some of these cookies may affect your browsing experience.
Necessary Always Enabled
Necessary cookies are absolutely essential for the website to function properly. This category only includes cookies that ensures basic functionalities and security features of the website. These cookies do not store any personal information.
Non-necessary
Any cookies that may not be particularly necessary for the website to function and is used specifically to collect user personal data via analytics, ads, other embedded contents are termed as non-necessary cookies. It is mandatory to procure user consent prior to running these cookies on your website.
SAVE & ACCEPT
×